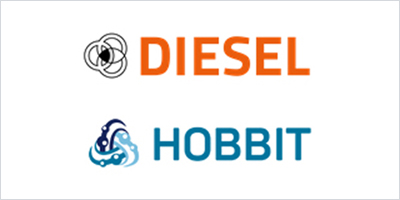 May 30, 2017 - The three DIESEL project partners – metaphacts, Zazuko and the University of Leipzig – teamed up with the HOBBIT project to provide a new dataset for the QALD7 challenge, which is taking place at the Extended Semantic Web Conference 2017. The key challenge for QALD7 – Question Answering over Linked Data – is to translate a user's information needs such that they can be evaluated and answered using standard Semantic Web query processing and inferencing techniques.

The dataset created by the partners serves as the 4th task within the QALD7 challenge. For this task, Wikidata, a public data source, is used as a target repository. The teams taking part in the challenge use Wikidata to answer 100 cross-domain factual questions. The collaboration between the DIESEL and HOBBIT project partners resulted in the creation of the metadata, the set of answers available for each question, as well as SPARQL queries executable over the Wikidata query service. The Docker image holding an installation of the Blazegraph Wikidata query service used for QALD7 can be downloaded here »